A ride on the private property belonging to the Midland School, behind Los Olivos, Southern California. Searching for a view of the former Neverland home of Michael Jackson. 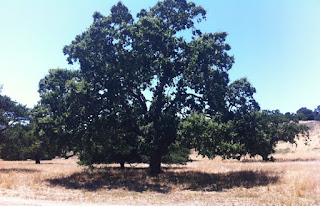 A classic example of a stately California oak tree, next to the parking area. 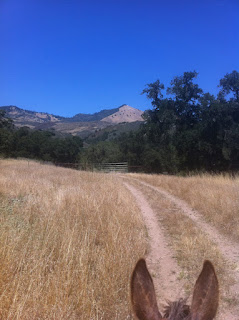 Through a series of locked gates, and off we go towards Figueroa Mountain ahead. 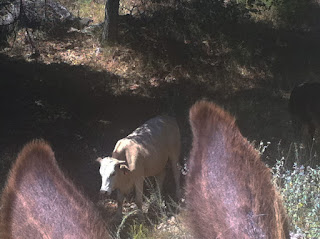 The land is filled with cows, but they are minding their own business and disregard our presence. 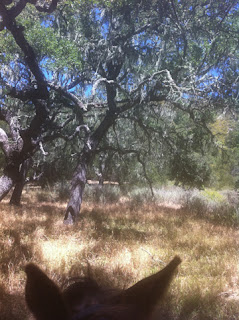 Spanish moss hangs from the trees, giving an eerie ghostly sense of an unseen hand causing their tendrils to sway. 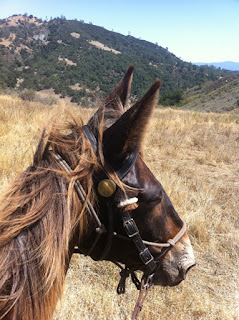 Tobe is alert, as ever, and surveys the terrain as we travel, watching for possible danger. But we are alone in this world that time forgot, back in a cowboy century, on a hot summer afternoon in back of Neverland. 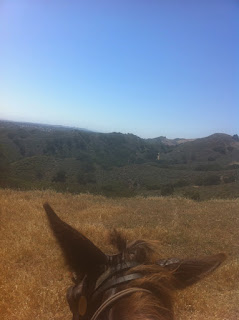 If the maritime fog were not blanketing the coast it is just possible that we could see the sea due West. 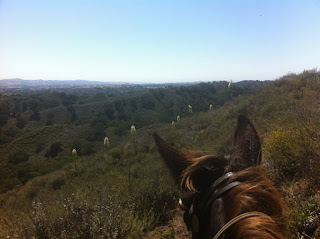 But there is a June Gloom fog, so we are on the hot interior hillside looking down on the haze of the coastal range. The heady scent of yucca adds to the dusty chaparral perfume. 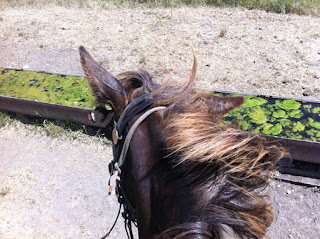 A stock tank filled with algae and tadpoles is not tempting to the evidently not thirsty mule. 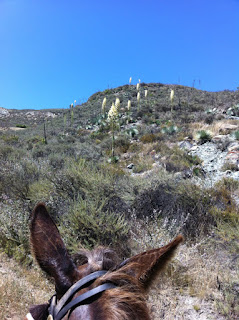 More torches of century plants rise on the hillside, the proliferation a rare abundance caused by this winter's record rains. 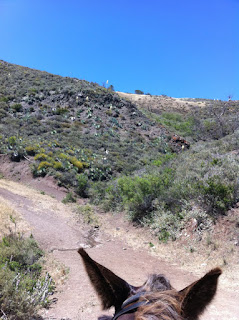 Following a ranch access road to the highest of the peaks in the area, to see the magical view. 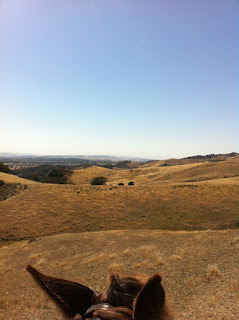 Looking out across the sere grasses, a sparse rolling sea filled with tiny flowers. 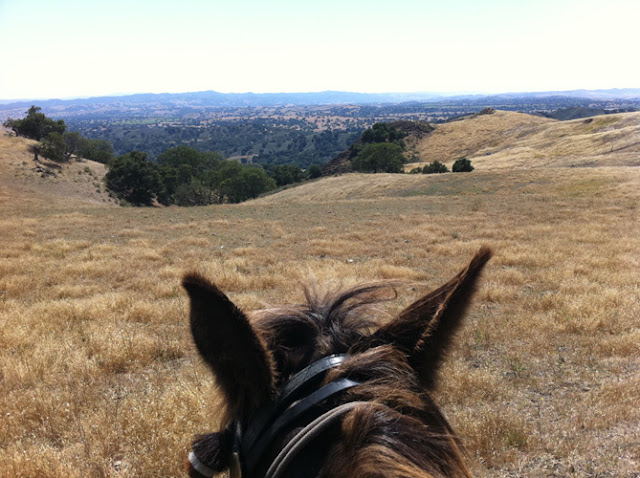 And there it is, Neverland. Michael Jackson owned 3,500 acres and the tiny cultivated part that was his home Neverland is the bright green open area at 11 o'clock. My guess is he never once saw it from this vantage point. 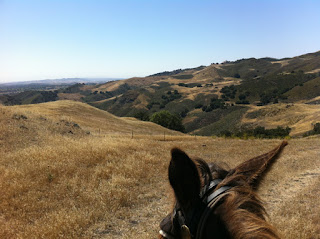 There is the fence line dividing the Midland School property from Neverland. We stay on the side on which we have been graciously granted permission to ride. 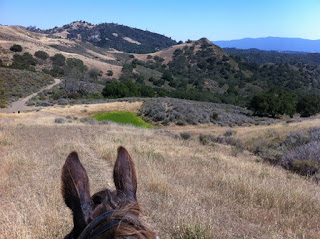 A vernal pool of shocking green fills a hollow in the landscape, filled with lush grasses. 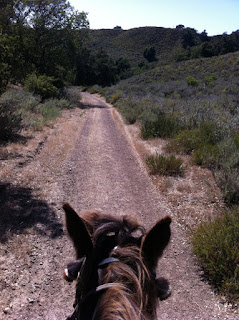 But it is time to go, back to civilization, until another day in the saddle gives occasion for a trip back to another part of the landscape that time has forgotten.