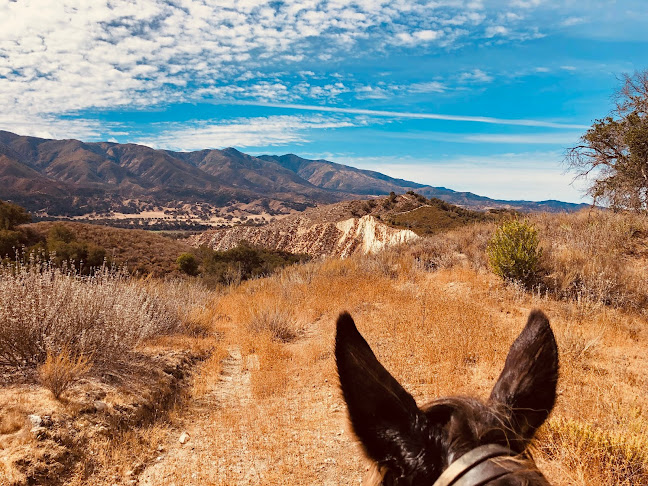 In the Autumnal Glow looking out over the Live Oak Camp trails, toward the coastal mountain range. 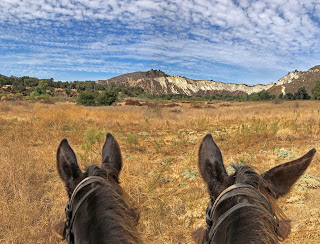 And here are two Tobes looking up to that same chalk cliff face from the river bottom below, wondering what route to take for our ride today. 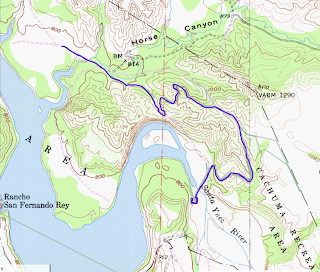 I wasn't up for an ambitious ride today, the goal was just to get me away from the computer. We crossed the Santa Ynez River, now in the dry phase... 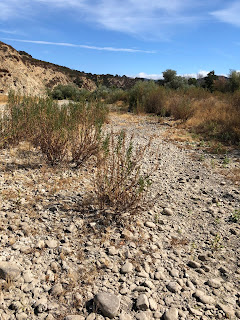 and proceeded down the trail with Jamie, Noe and Deborah. 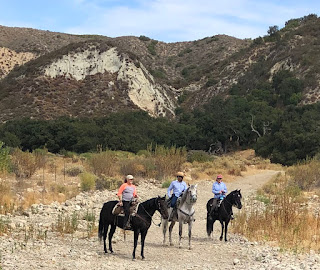 Then the drama started.

We turned up the southern trail, into the brush, and above us appeared a stag. Not a tremendously big one, but pretty impressive for a mule deer.

We all stood and watched it. I started to try to take a photo and then "Marcos, he go crazy!"

Noe's Andalusian/Azteca stallion Marcos apparently wasn't paying attention, because all of a sudden he saw that stag and had a meltdown. He started to rear up, whirl, and demonstrate his "airs above the ground" maneuvers.

Tobe Mule hadn't been bothered by the stag, but this display of equine freak-out was too much for him, so he spun around and ran down the hillside trail back the way we'd come. I pulled him up after maybe 30 yards, and turned him to face the danger. At that point he calmed, and we watched as Noe rode out the tantrum.

Here I insert a testimonial for the custom saddle made for me by Colin Dangaard, an Australian saddle with poleys both in front of and behind my legs. They absolutely kept me securely in the saddle when Tobe spun, and I was never at risk for falling. Whooooeee! 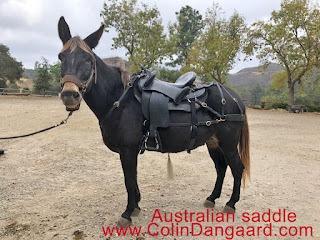 all the rest of the ride went smoothly.

At the top of the hill overlooking the lake we stopped for my tradition of portrait-taking. 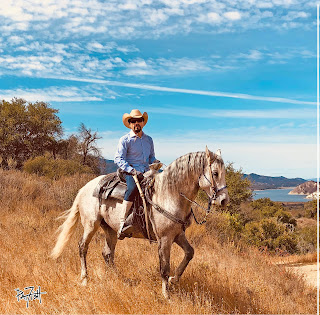 Noe on Marcos, every inch the war horse. 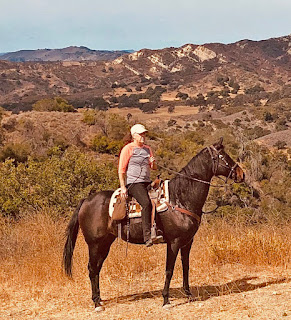 Jamie on Mosca, the avid thoroughbred. 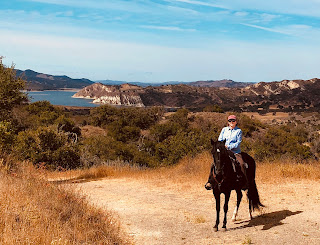 Deborah on Carbone the Peruvian Paso 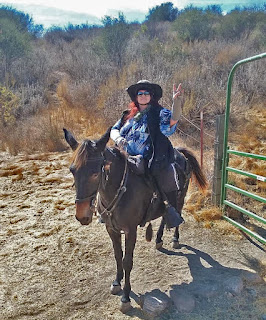 And of course Tobe Mule and I, captured having just demonstrated our skill at opening and closing gates. 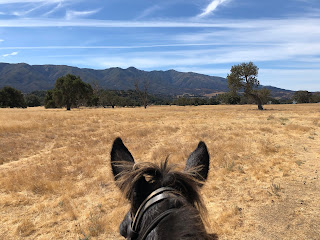 We continued out onto the meadow, and then I called it a day. Noe and Deborah went on and rode more miles on the lake edge, while Jamie and I turned back to back-track our trail. 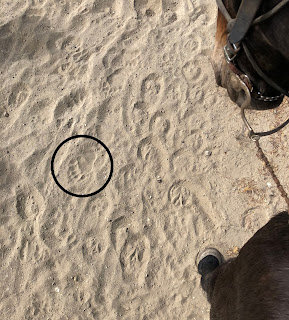 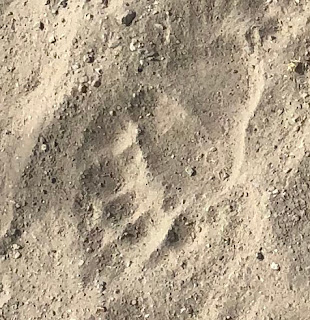 BUT who else had been there?
A BEAR.
Oh dear.
Thankfully we decided to act as though the bear had been chasing a deer down this sandy trail in the recent past, and was not within worrying distance, and so we continued on back to the trailers and lunch. 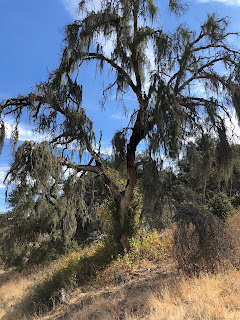 This tree draped in Spanish moss with a huge colony of poison oak crawling up the trunk made a properly October-themed spooky sight. 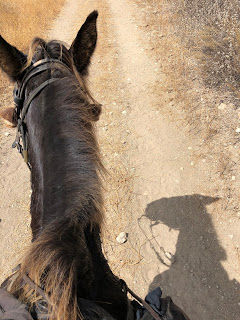 But I'm not scared.

Not with me, my mule and his shadow.

(We are but dust and shadow.)”

― Horace, The Odes of Horace.