4 miles
2.3 hours
A lovely stroll from the O Rancho up into the nearby canyon, to see the famous Smugglers' Oak. Being on the back of a mule is good for the inside of a woman! 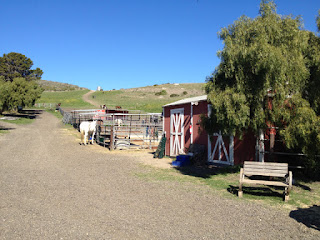 Here's the sleepy scene at the O Rancho. Nothing much going on, a few horses dozing in the sun and dogs lying around lazy. Time to head out for an adventure! 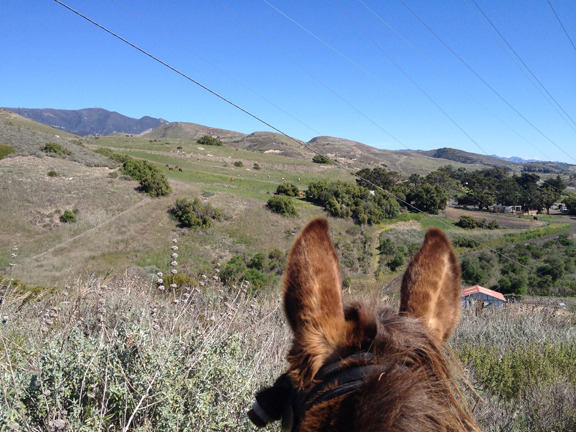 Up the next canyon, looking back with the Rancho outbuildings on the far right, and Tobe's home on the hillside on the left. Those specs in the pasture are his new herd, and I don't doubt at all he can see them quite clearly at this distance and already has their personalities committed to memory. 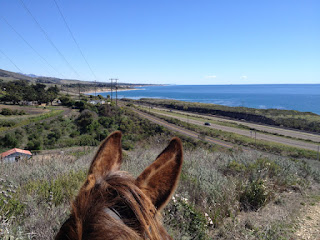 Turning to look out to sea, the beauty of the California afternoon on the Edge of the Continent. 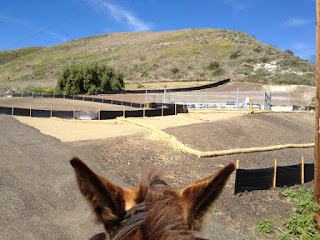 Work was very recently completed on a massive underground oil pipeline that links the offshore oil rigs to TEXAS. This is part of that project, and it looks like someone is beginning to replant the native vegetation that has been ripped up. 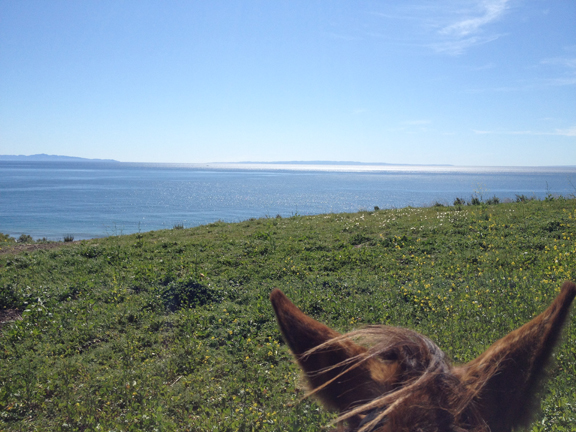 The islands on the horizon meld with the marine layer in a magical shimmer. 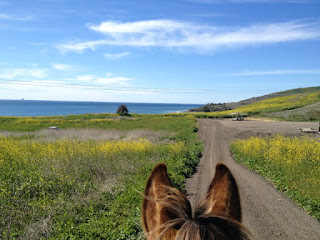 But we are off to explore, first following an access road through fields of yellow mustard, on our way to another canyon. 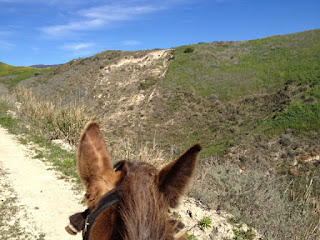 Heading up the dirt canyon trail we see this subsidence. The canyon wall on the right slipped away last year, in a massive avalanche, that revealed bare rocks. 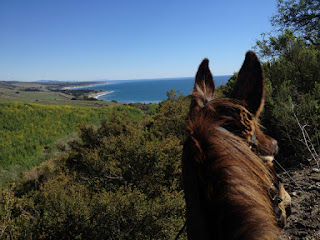 Tobe isn't quite as interested in scenic vistas as I am, he's keeping a wary eye on the trail in case someone might be coming down it. Coming from the high desert with his winter coat, and living on this windswept oceanside hill, he is quite the fuzzy fellow. Looks a bit like a Steiff donkey. 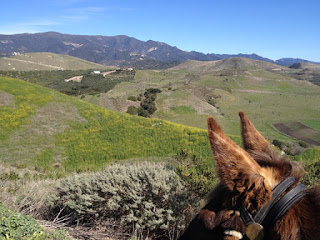 The gridded trees on the left are an olive plantation, source of a locally produced gourmet blend of olive oil. 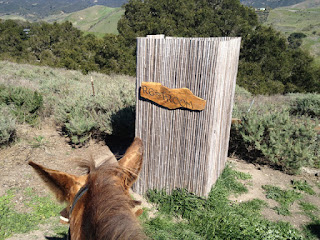 This "restroom" outhouse with bamboo walls appeared alongside the trail. 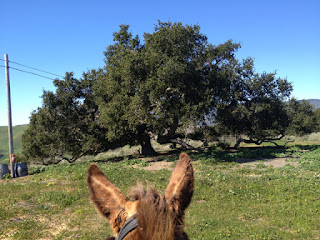 And finally, there it is, the Smugglers' Oak. It is a sentinel tree, the only single large oak on this stretch of coastline, and visible from far out to sea. Pirates coming up the coast for many generations have used it to sight their best place to land. 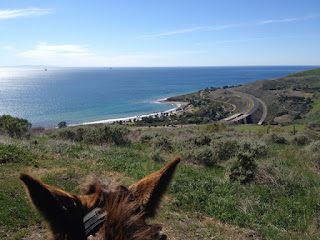 And then they land here at this protected cove of beach, and if a recent rash of abandoned "panga" boats being found there washed up on the beach is any indication it is STILL a smugglers' marker! 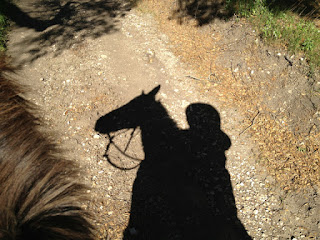 We are keeping our eyes looking sharp for anything out of the ordinary!