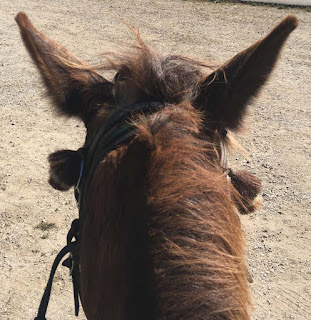 This is the view. No matter where we go, the landscape changes but the view of the instrument control panel does not. The ears let me know what is worth paying extra attention to, and when they are flopping back and forth we are in cruise mode. 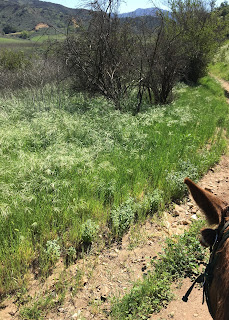 Today Tobe and I joined a dozen members of Equestrian Trails Corral 36 for their Spring Fling ride at the Malibu Creek State Park, over 7,000 acres of nature in the center of the Santa Monica Mountains. We did a ride of 5.56 miles in 2.5 hours, a leisurely stroll through the Reagan Ranch and then viewing Udell Gorge, and passing by the Goat Buttes, once the hunting grounds of the Golden Age millionaires. 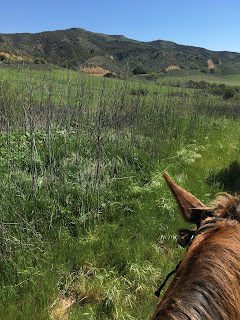 Running along the edge of the park is Mulholland Drive, once the route the elite traveled to this idyllic spot for rural recreation. Now the famous Drive is beloved by weekend warrior motorcyclists, who revel in its curves and twists. Ronald Reagan had a ranch here from 1957-67, and some of the buildings remain. The trail through his former acres is called the Yearling Trail, and old pens and fencing testify to ranching times. 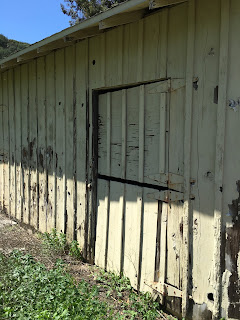 This is one of the doors of the original Reagan Ranch stables. Once he became governor he deeded the property to the State, and it later became part of the larger Park property, preserved for posterity now as a historical facility. 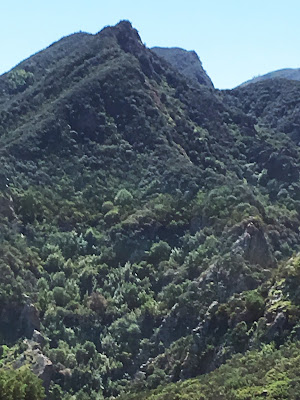 The landscape is quite dramatic, and trails wind back and forth throughout. Some are reserved only for equestrians and hikers, while bicyclists are allowed on others. 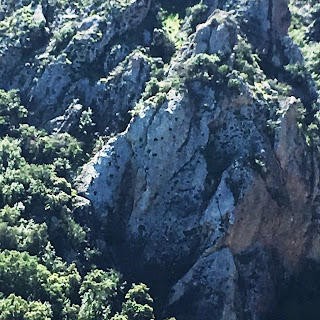 The mighty sandstone outcroppings that form the Goat Buttes above the Backbone Trail always seem like something from another world to me, like a gorge in China. Seeking a rural setting in which to enjoy the outdoors, a group of wealthy Los Angeles businessmen formed the Crags Country Club in 1900 and bought 2,000 acres along Malibu Creek that would later become the nucleus of Malibu Creek State Park. 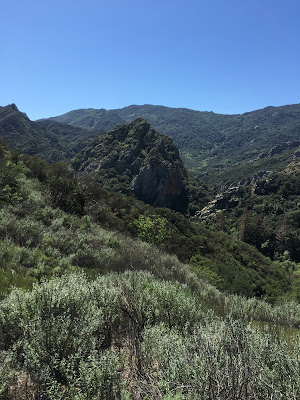 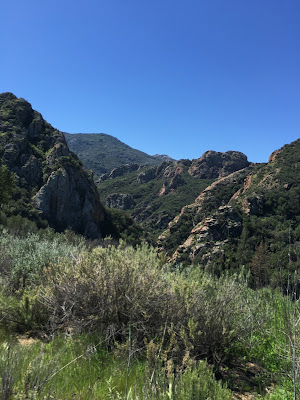 Layer after layer of mountains reveal themselves as you walk through the trails.
In 1903 the Crags Country Club built a 50' dam in Malibu Creek, creating a 7 acre lake as their private duck hunting and trout fishing preserve. It was later renamed Century Lake by 20th Century Fox Studios when they bought the property and began filming on it. 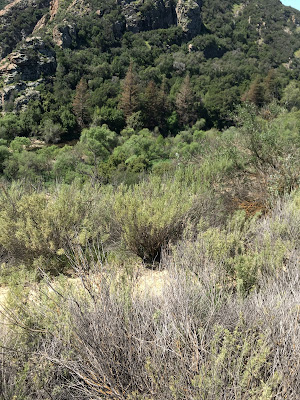 Looking closely you can see redwoods at the base of the buttes, their 100+ years of growth now threatened by drought. The rest of the landscape is flourishing in the current El Niño weather, but the redwoods have been hard hit and are distinctly brown. 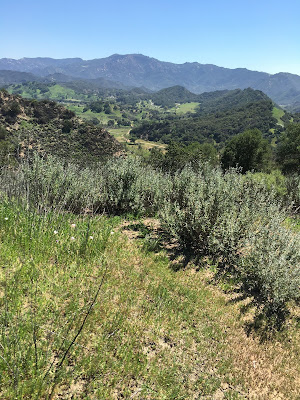 Heading back we looked down into the valley, a bit of Shangri-La attesting to why the name Malibu is known world wide as the playground of the rich and famous. 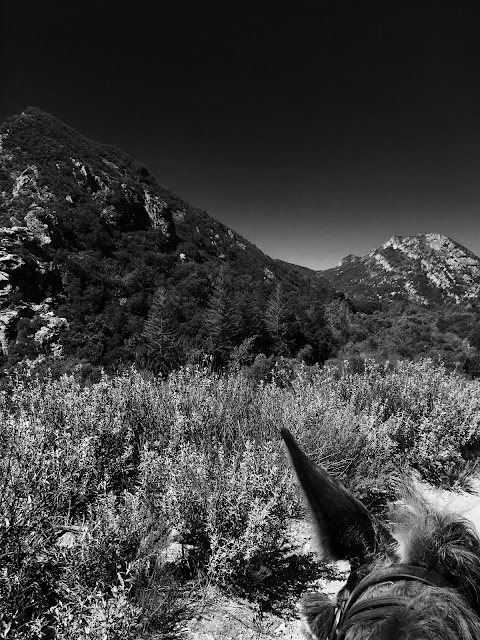 Me, I'm living in my own cowgirl movie, and it was time to head back to civilization. After a pleasant lunch with the ETI crew I loaded up my creature in the MuleBox and transported him home. 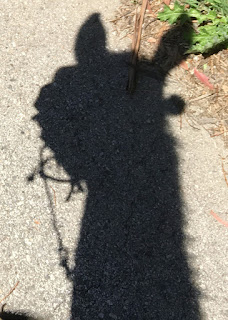 He's my little girl dream of a pony come true, and together we look forward to many more adventures exploring the American landscape.