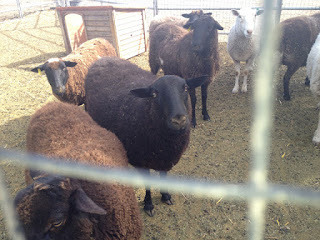 A pen at the O'Rancho is filled with sheep. I'm not at all sure why they are there, but every time I pass by they cast a baleful eye and mutter. Maybe it is because their pen is right next to the outhouse. 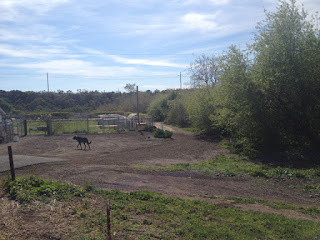 There is also a very large pen where dogs who are staying at the facility can be penned. My Irish Wolfhounds like to go over and taunt those so incarcerated, but it is as far as they are allowed to come when we ride out, it is not a good idea for them to follow Tobe and I on trail rides. What works up a sweat on him would be impossible for the hounds. 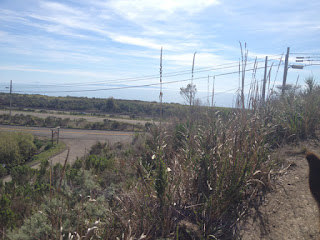 So out of the canyon we ride, heading up to the lovely sea view. 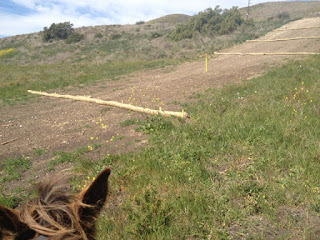 The path of the oil pipeline is filled back in, and the disturbed areas anchored with subsidence preventative mesh and bags. 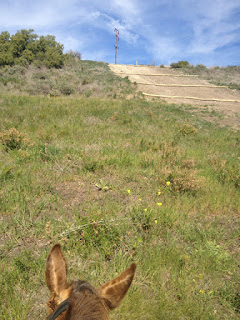 I suppose if there WAS any rain, and none is predicted, this could immediately become a washout with no vegetation to anchor it. 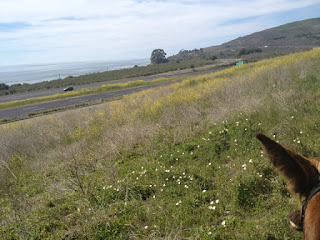 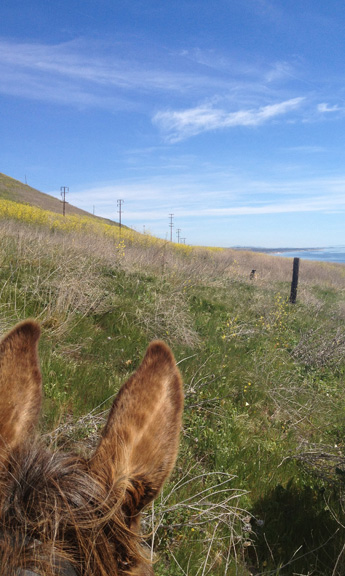 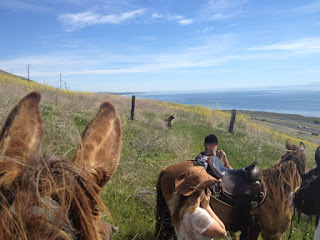 Cells phones activated, calls made, turns out this sheep has been lost out here for several days, quite amazing that a mountain lion or even coyotes haven't eaten him up by now. 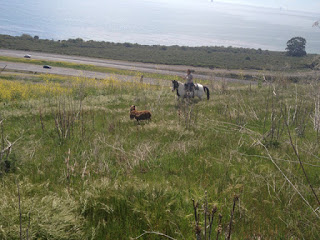 We took turns trying to herd it back home. Ungrateful wretch, it was having none of it. Tobe and I tried to circle around it and nudge it back, then we rushed it like we do aggressive dogs,  and all that accomplished was that the sheep would run off in a blind panic and then stand stupidly staring at us. 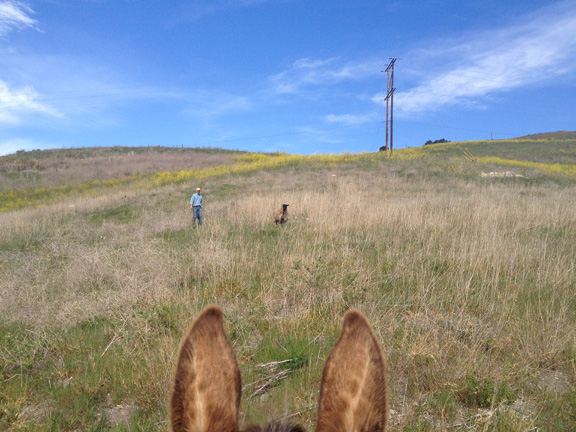 Finally Larry the owner showed up with a bucket of grain and tried to entice the sheep to follow him home. The sheep just evaded him. I asked him why he hadn't brought a herding dog and his reply was "The darn dog is the reason it got out." OK then. Apparently he has never trained any of his sheep to be halter broke, so he couldn't lead it back.... and after watching him walk around trying to nudge and wink the sheep in the proper direction we decided to get on with our trail ride. Later we spied him walking forlornly back, alone, presumably to call someone with a trained dog. 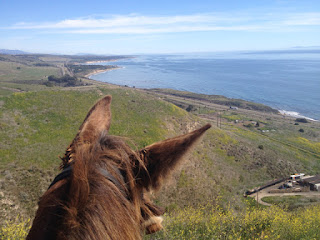 We continued on up the hillside, but for me to catch up to the other two riders on the trail above Tobe and I had to bash our way through a field of mustard way over my head .... that's growing 10' high when I'm on the 16hh mule! We couldn't see the ground at all, but Tobe could glimpse the horses on the trail above so that was all the incentive we needed to thrash and part the waves of golden flowers. 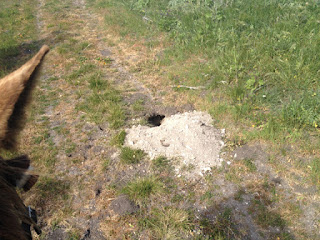 This hole in the trail is probably from a badger, it was at least a foot across and none of us were in a mood to investigate who might come out of it teeth first. 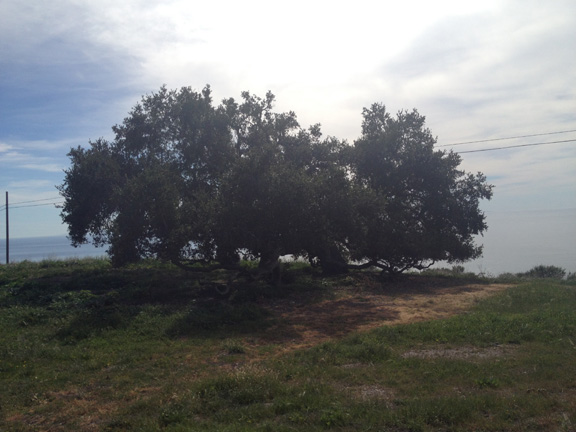 Finally we got to the highest point, where the Lone Sentinel Oak caps the hill top over the beach.
It is a magical place, and a lovely spot to let the equines have a well-earned rest and a snack. 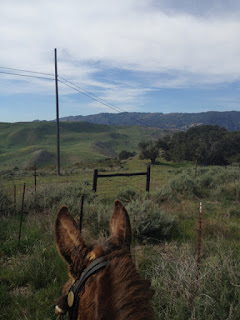 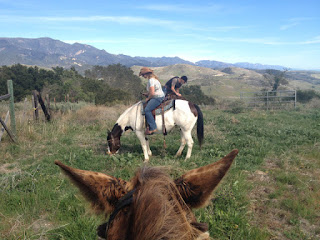 All the animals enjoyed eating the profuse blooming purple pea flowers (Lathrus latifolius L.) and sampling everything else beginning the spring carpet. Linda's paint horse Gypsy has a perfect symmetrical upside down heart on her butt. 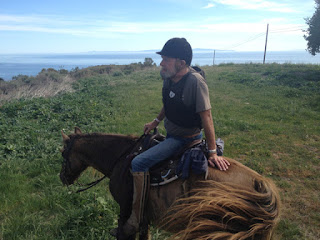 Robin has been riding all his life, and at 70 years old he sits on Joker with complete relaxation, like they are one animal. Joker is known for his extravagant mane and tail, shown here blowing in the wind like a wave. 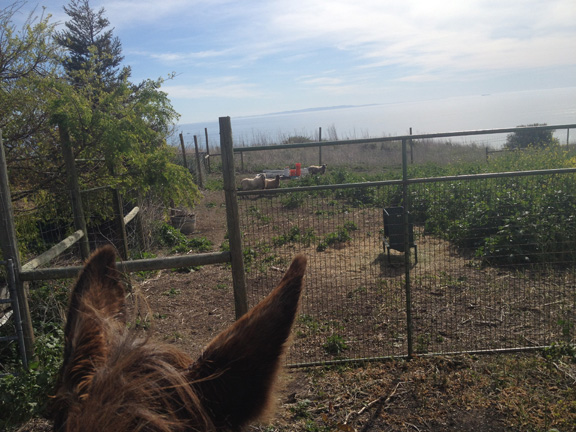 Coming back off the hill we passed this pen of several sheep, living with a million dollar view of the Channel Islands. This might have been where the sheep escaped from, but it was my understanding he was one of the Outhouse Krewe. 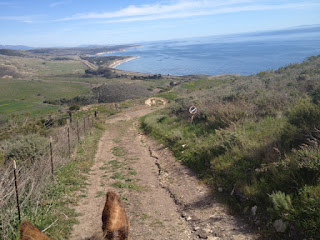 But we'd had enough of our Unexpected Sheep Adventure, and were ready to head back to the O'Rancho and relax a bit in the shade of the pepper trees and spin tales of trails.