Once more back out to the desert. Tobe is continuing to study with with Jerry Tindell, so we did a lesson in the round pen, which my employee ColinFraser filmed for my later review, and then several of us went for a ride out in the desert.

Length: 4.6 miles
Duration: 2 hours
Difficulty: None. Walking on the dirt roads, a little bit on trails through the desert, just exercising the animals and taking a spin out into the neighborhood. 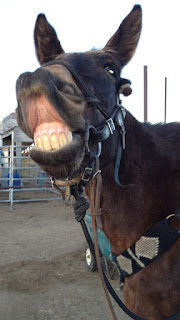 Tobe is an A student at the Jerry Tindell Mule and Horse School! He likes being here! 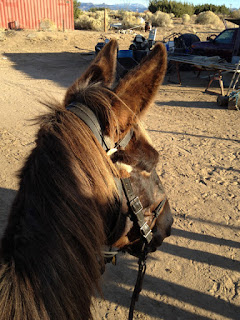 He waited patiently as everyone else saddled up and got ready. He's always up for a ride out. 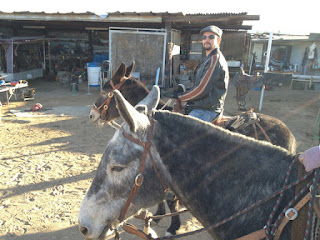 My employee ColinFraser, who is much more at home behind a Macintosh computer than holding reins, is an adaptable creature and manifested his inner cowboy on the ever steady mistress mula Diamond Lil. In front is Bonito, whose massive dapple grey head contains a very big mule brain. 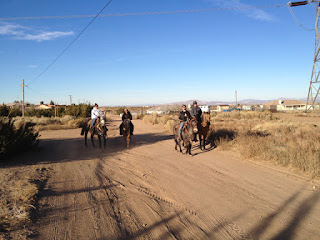 In deference to animals with health issues and novice riders we took it slow, and just tooled around the dirt roads in the high desert. 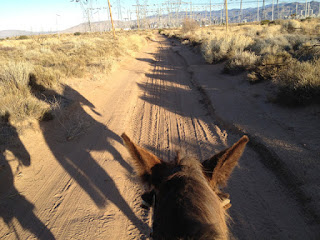 As timeless as the desert seems, looming between us and the Eastern mountains is a gigantic electrical power generating substation. 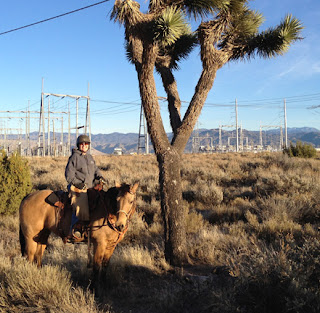 I figure in the new year I will make a point of taking portraits of the people and animals I ride with, so here is Carrie Gordon on Jerry Lee, her mounted patrol gelding. 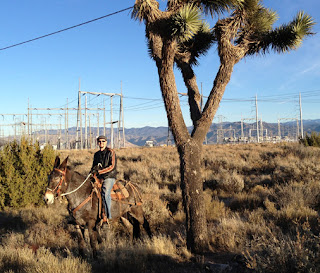 ColinFraser on Diamond Lil, the sort of mule who makes sure everyone knows that she is the decider. 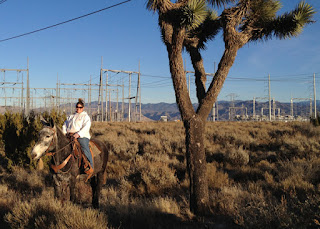 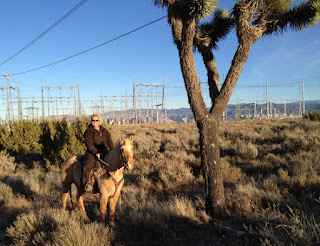 And here is Lisa Wicketts with her matching blonde mare. 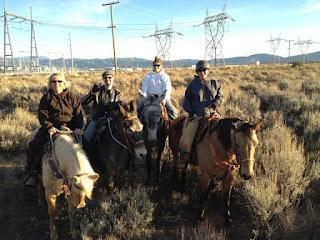 If "The desert is an ocean with its life underground..........." then these are the pirates of the sand. 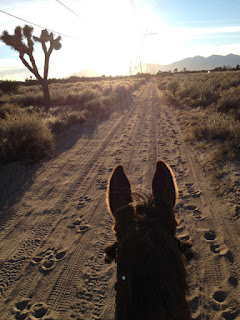 And then it was time to trace back along out hoofprints and return to the ranch. 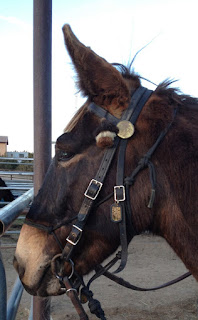 Where Tobe waited patiently for the carrots and treats that he knows I will reward him with.