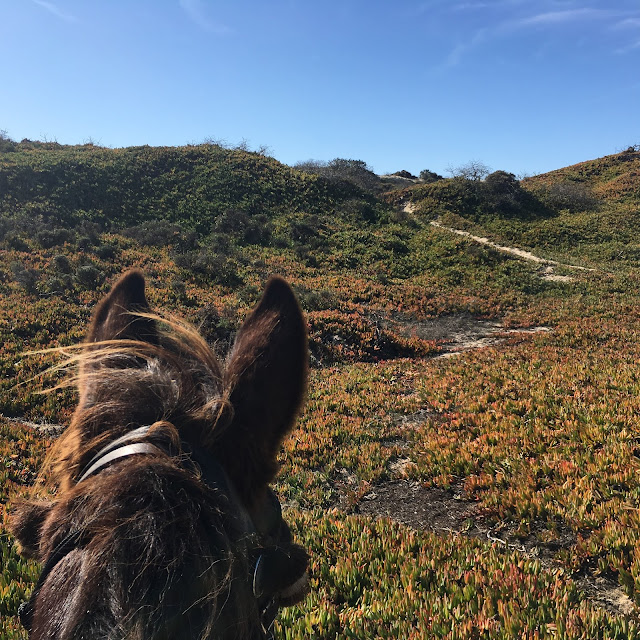 The day started out with a bit of a panic. 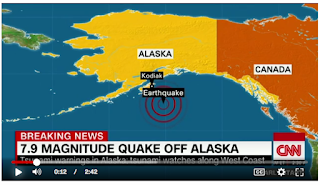 A tsunami alert was announced for the whole West Coast, and getting swept out to sea on my mule didn't sound like a good option. But thankfully by the time I'd finished breakfast it was called off, so I wrangled up Tobe and headed off North. 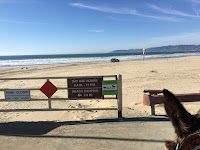 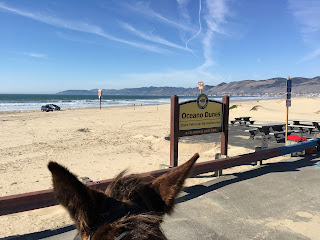 It continues to astonish me that there is a beach park that allows vehicles to drive on the sand.
It seems so retrograde,
so 1950's Beach Blanket Bingo. 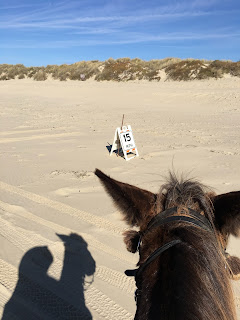 But since Tobe Mule would be hard pressed to keep up a pace over 15mph, we are happy to be allowed to join the dunebuggy thrill seekers and SUV joyriders and boom box sunbathers. 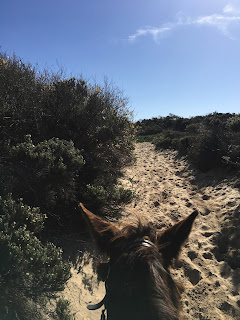 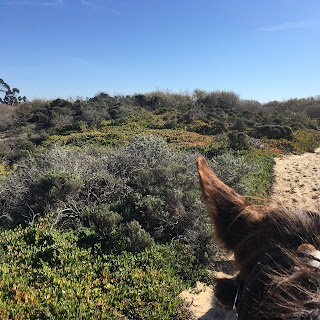 As usual we started out with a stroll through the dunes, our leader performing her civic duty as a Volunteer Ranger checking the area for illegal campers. 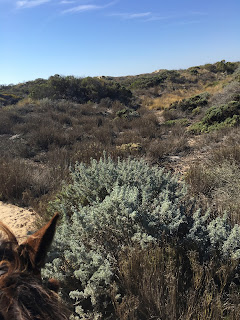 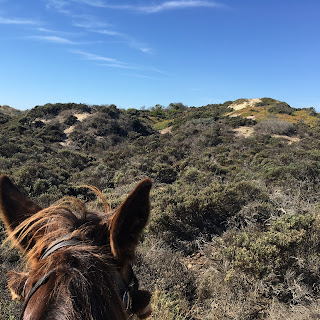 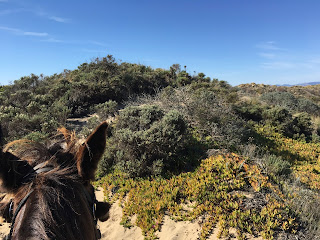 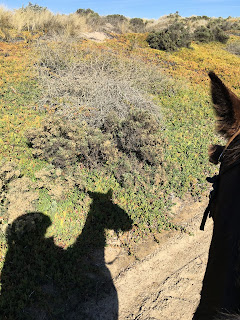 The variety in the plant species is always fascinating to walk through, changing with the seasons, and providing different color displays depending partly on whether it is ocean-facing and absorbing more salt from the onshore winds. 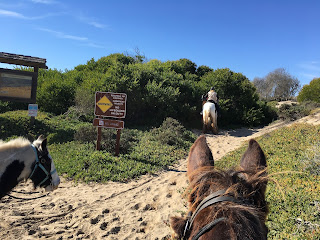 We stopped at the beach entrance for the depositing of the hours, a ritual observed by all the Volunteers. The civilian animals watched intently, perhaps wondering if they too might someday be Rangers. 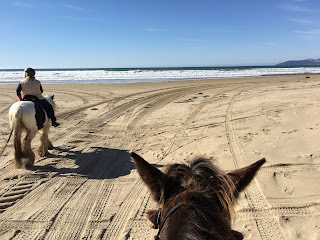 Then we followed the Gypsy Vanner down onto the beach. 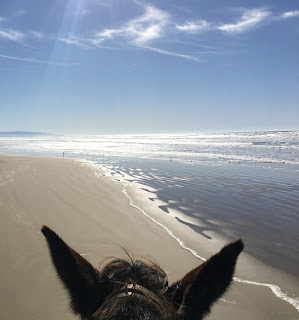 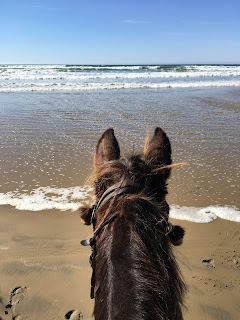 So we return to the sea and every time it is a bit easier. 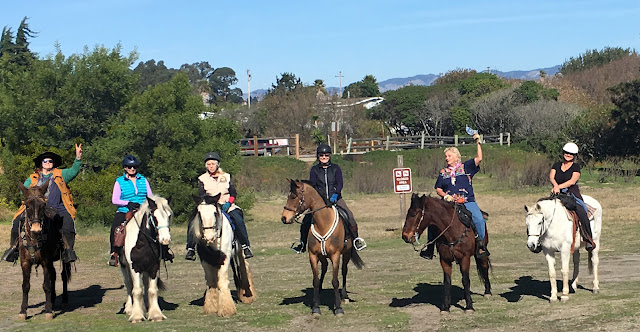 And through the magic of MeetUp we have nice people to ride with and make it a pleasant outing.

Today we rode for just 90 minutes and went 3 miles, part of which was a lope on the beach that broke a sand speed record with 9.5mph !
We will be back to work on improving that record !


Then again, as Mahatma Gandhi said:
“There is more to life than simply increasing its speed.”