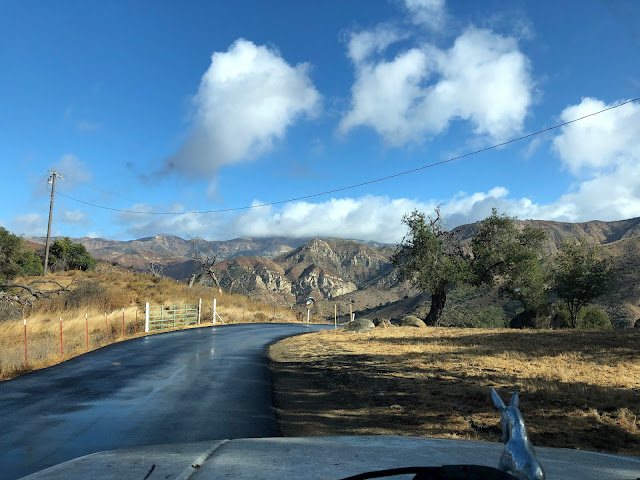 An overnight rain and predictions of light showers did not deter our hardy band from heading out Paradise Road to tackle Oso Canyon. The Mule Mobile was ready to head UP to a MeetUp mountain adventure. 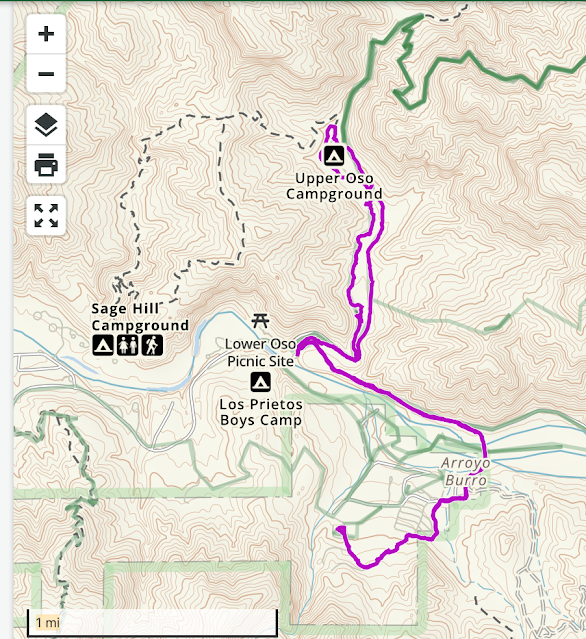 In order to ride the Oso canyon we staged out of Rancho Oso, a Thousand Trails Resort, that provides secure parking. We crossed its property, crossed the Santa Ynez River at the Arroyo Burro crossing, tracked down Paradise Road to the lower entrance to the canyon, then rode the trails up and back. 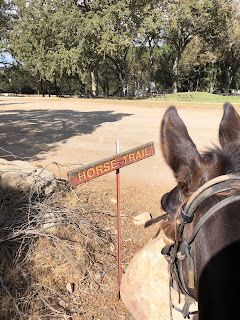 But first we needed to get from our parking spot to the river, and that meant taking the trails through Rancho Oso.
Tobe always thinks the signs ought to at least say
Horse & Mule Trail.

This squirrel watched us track across the campground, mostly empty of campers and vehicles today.

Tobe Mule kept an eye on him in his stump home. 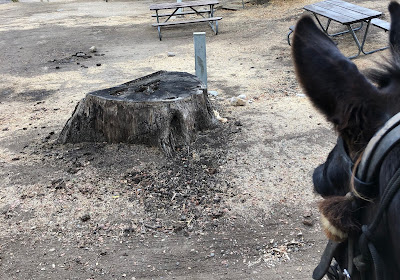 And if you were looking for a river, today was not the day. In a few weeks this will be a river, but for now it runs underground and the rushes and underbrush await the rainy season. 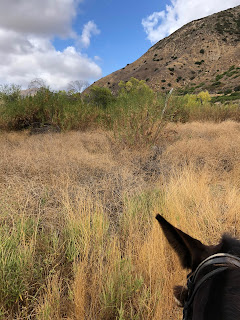 So we walked through the stones and sand, "fording the river", to access the road. The varied degrees of awareness and courtesy evidenced by truck drivers and motorcyclists is amazing. Real country folk know to slow down, people out joyriding in sports cars seem clueless. My thanks to the guy who rode up to us on a off-road motocross machine, cut his engine to glide past on a hill, then jump-started it up again and roared off. 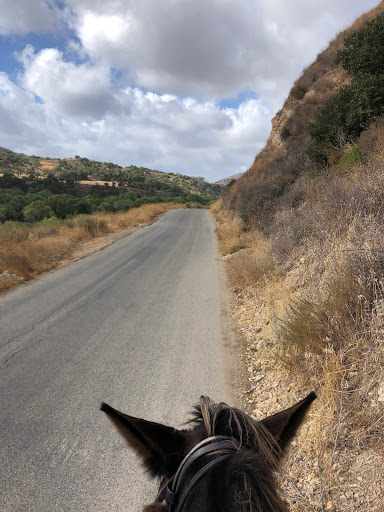 Knowing that at any moment a bicycle or car might come around a curve keeps human and animal on high vigilance until we can get off the road. 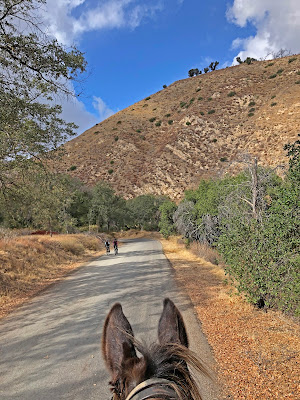 Tobe always alerts to bicyclists or any other anomaly, and keeps his ears fixed on them until they pass by.

Thankfully, we soon turned up into the canyon trail. Light showers of rain passed over, 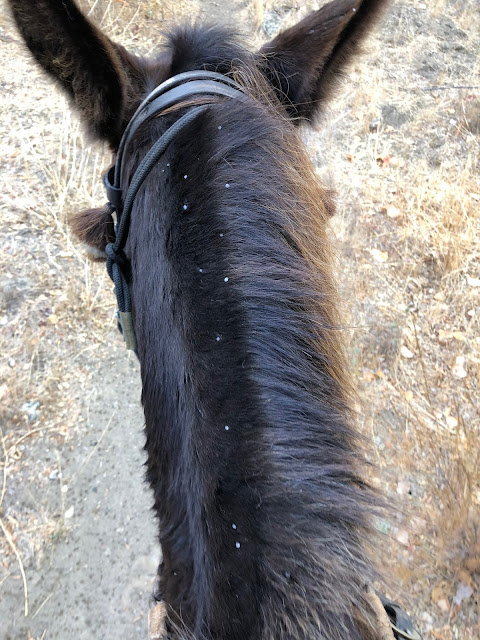 and the white specks on Tobe's mane were hail! That was a first for me, getting hailed on out on the trail.
Thankfully the animals didn't care about it, and we forged on. 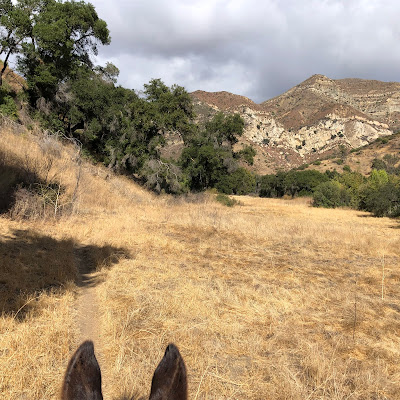 Some parts of the canyon are open valleys, others are trails that follow a riverbed up. 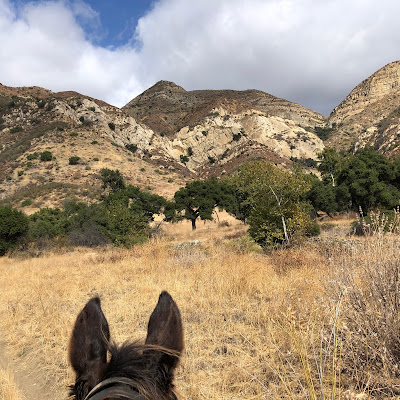 The horses all passed by one particularly vicious snag of a dead tree hanging out into the trail, but Tobe and I did not do very well with it. He's a tall fellow, and with my spine fused I can't lay down on the saddle, so we couldn't maneuver around the snag. So the group backtracked and Tobe and I found a way to track up the riverbed. 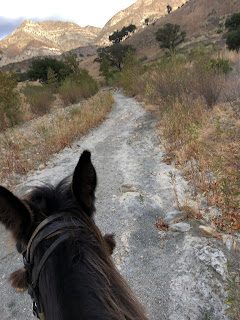 Again, a "river" that is now a path, and will fill with run-off once the real rain begins.

This is my attempt to take a panoramic photo of the main part of the canyon from the back of a moving mule. Tobe got extra ears, but overall it gives a sense of the scene well. 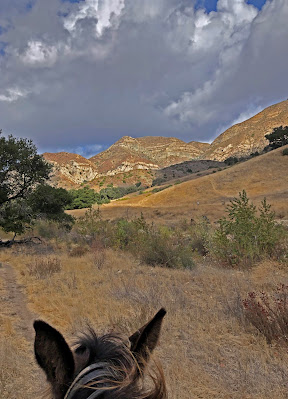 The clouds would darken, then pass over, and watching the light play against the sides of the mountains added to the pleasure. 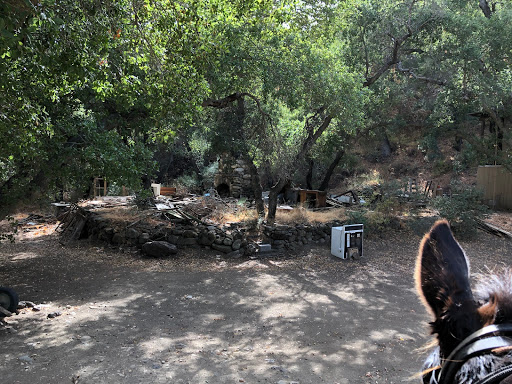 Last time I rode up here this ancient cabin was still standing. 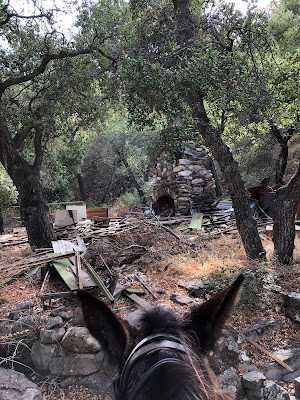 Now pretty much the only part still intact is the river rock fireplace.

And the Upper Oso Campground was a mess. 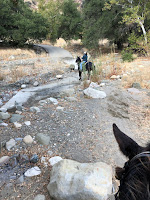 The roads washed out, campsites wrecked, 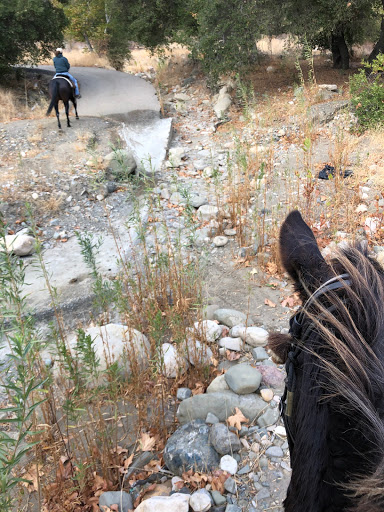 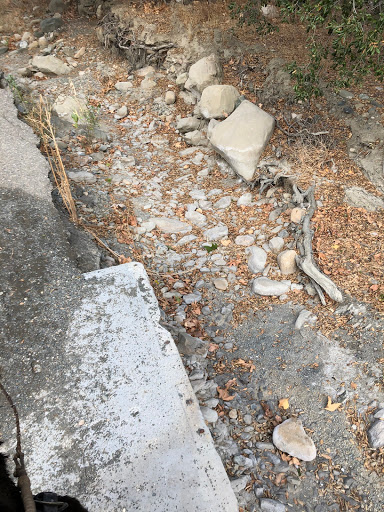 since the last time I rode here 2 years ago some flash flooding must have occurred,
and there was a campground host presumably huddled in a motor home (with a generator running) but there were otherwise no sign of campers. 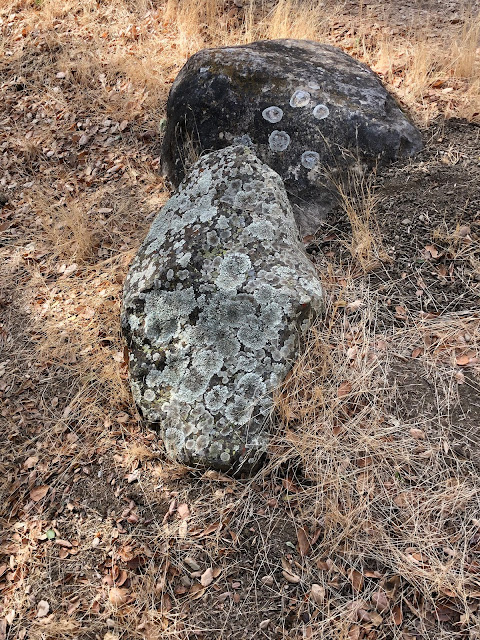 I did take this photo of a favorite lichen-covered rock up near the equine water trough. It is so timeless and classic, it reminds me that we humans will come and go but this landscape will remain.
But, alas, we could not remain, it was time to head back for home. So that meant it was time for portraits. 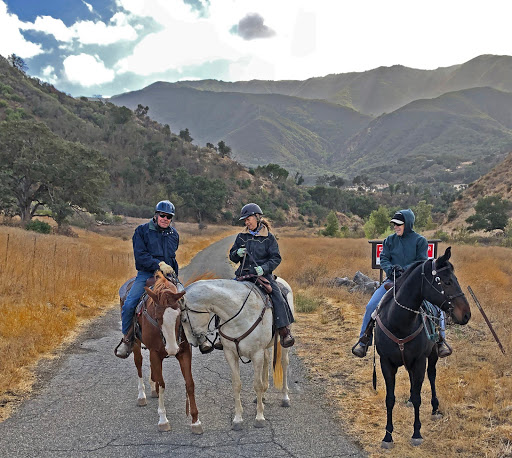 Here are my traveling companions, the two on the left will be celebrating their 44th wedding anniversary on 11/11. Their two maiden horses are also quite a pair. 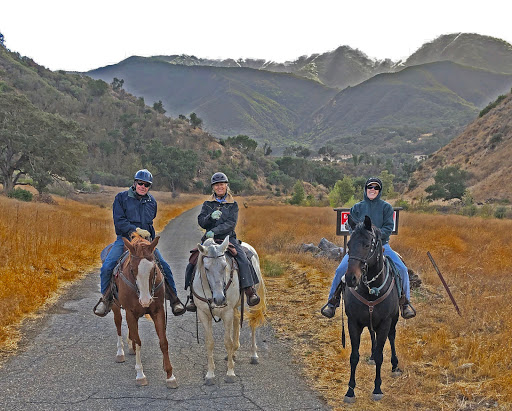 On the right is my stalwart pal who has been there and done that with marriage. We make up the bachelorette contingent. 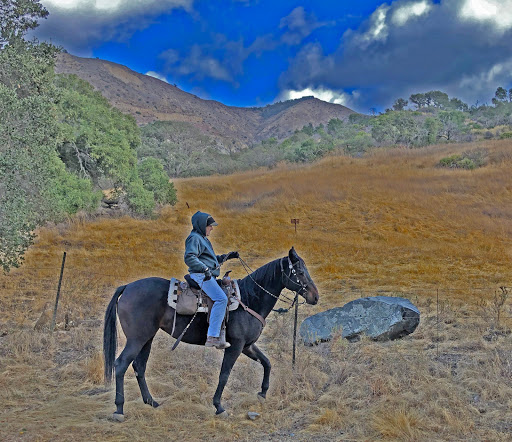 So here is Jamie on Mosca, always on the move. 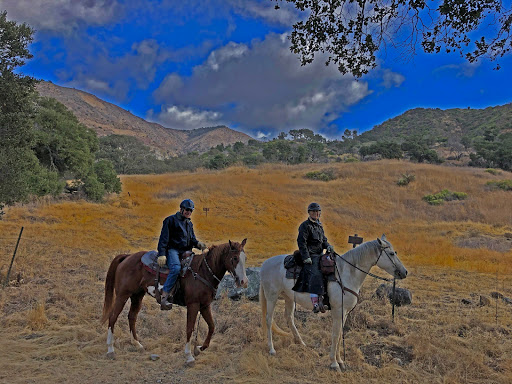 And Tom and Liz, always a pleasure to ride with. 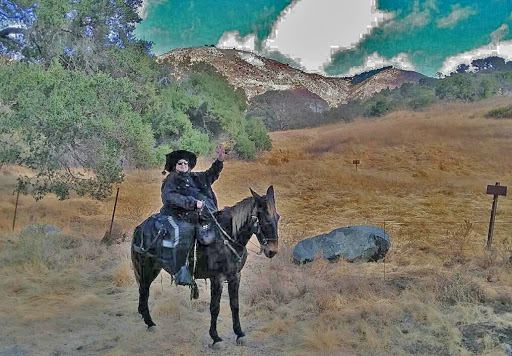 And Tobe Mule and I, so pleased with good company out on the trail. 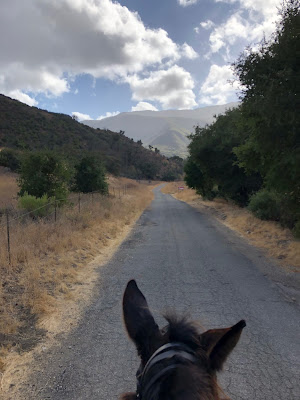 Turning around, those are the coastal mountains behind which lies Santa Barbara, my charming Shangri-La home town.