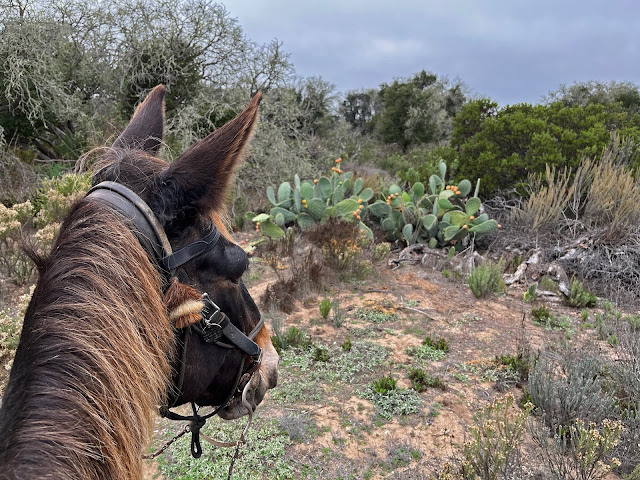 The most beautiful visual from the overcast day were the stands of opuntia cactus, with their fruit still golden and not yet ripened to crimson. 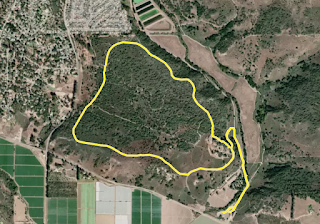 We had a simple goal to reverse a recent route, and circumnavigate the upper Western Mesa of the Mission La Purisima property.

Usually we strike out looking for adventure. But today, we were like people who exercise just for the sake of doing it. Just get the equines out for a walk, have a chat as we stroll along, enjoy being out in the cloudy day. 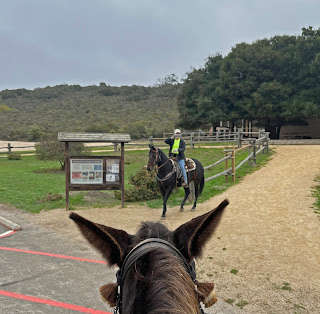 We could have referenced the handy information kiosk, but there was no need. We were setting out for a walk we recently did, but backwards. 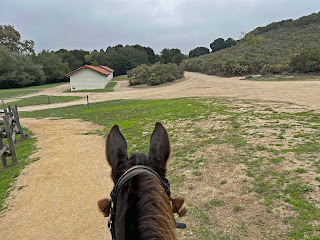 Coming here on a weekday has been interesting, there are almost no people. Compared to the weekends when we have been used to lots of action. So off we go on the quiet roads, listening for the quail in the underbrush discussing our passing. 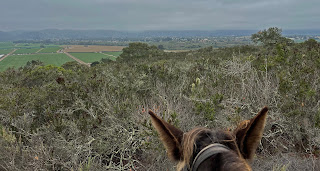 The coastal mountain range was barely visible across Lompoc city, and the agricultural fields between. 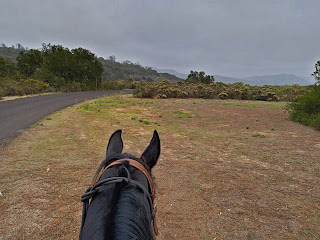 And climbing up higher on the Mesa showed just a dim distance. 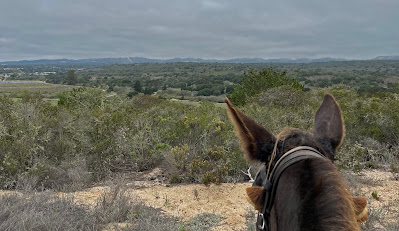 Looking out to the North shows the expanse of agricultural area between the city and Vandenburg Space Force Base. 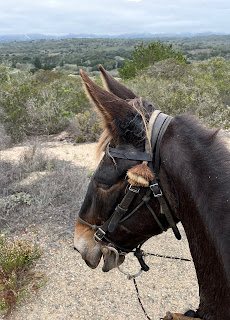 We all greatly enjoyed our adventure riding on the Vandenburg property a few months ago, and it would be a pleasure to go back. Always the best to see new landscapes, both for Tobe and I and my companions. 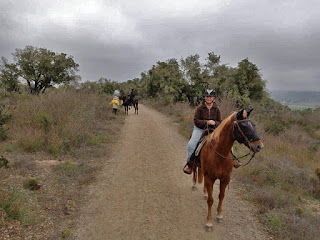 We ran into a fan! Ann in her yellow slicker asked if we were the people in the trail blog she had been reading online ! What a treat! So lovely to meet someone who had been following along on the posts. 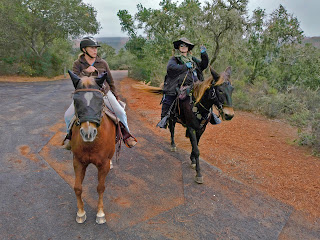 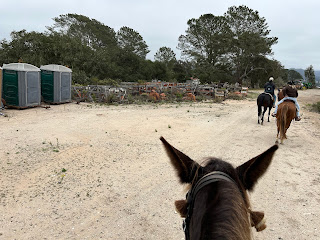 But then our exploration brought us to a humbling sight, a boneyard of porta-potties and building materials. 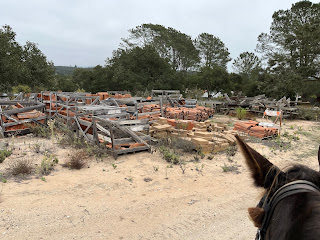 A very large collection of traditional terracotta roof tiles, to repair the traditional buildings on site. 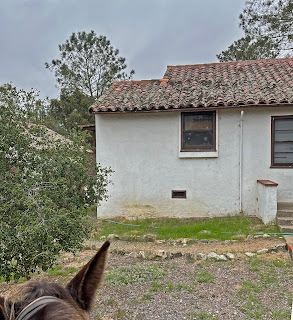 And very nearby we passed some of the employee housing and saw how the roofs look to be held together by lichen and moss. 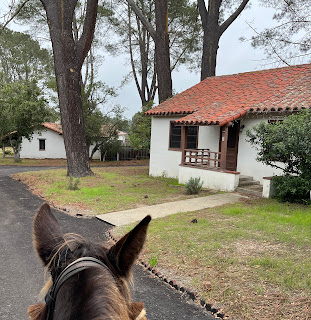 There were no people visible in the little grouping of houses, but I liked to imagining times past when perhaps the little roads between the cottages were filled with children playing. 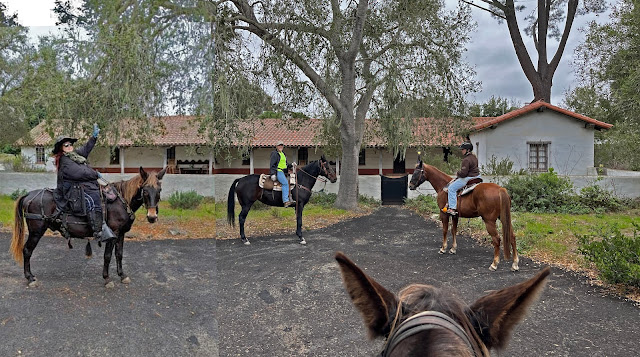 So I asked the gals to stop and pose for a group photo in front of one of the larger buildings. Not my most successful Photoshop collage, I'll admit, but from left to right I am there on TobeMule, then Jamie on Mosca, and Kim on Kitty. 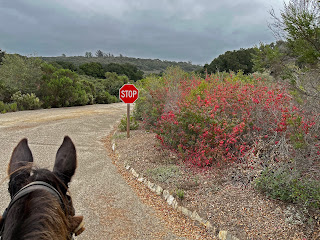 And then it was time to head back to the trailers, let the animals have a snack before heading home.

Another adventure, and another day, await our curiosity.

“The important thing is not to stop questioning. Curiosity has its own reason for existence. One cannot help but be in awe when he contemplates the mysteries of eternity, of life, of the marvelous structure of reality. It is enough if one tries merely to comprehend a little of this mystery each day.