The City of Santa Maria Active Communities initiative sponsored a

which turned out to be a Turkey stroll, as our Trail Boss Stormy led us walking a big rectangle through the hills covered with dry burnt end-of-summer grass. 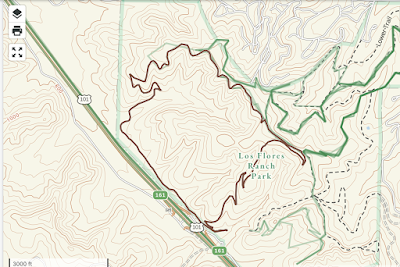 Consisting of 1,778 acres (nearly 2.8 square miles), the property lies about eight miles south of Santa Maria in the Solomon Hills. Directly adjacent Hwy 101, we started at a staging area just off the highway and did a long loop.

We had an excellent assortment of mules and horses of all kinds, and split into a group that wanted to go faster and those folks who wanted to go with Stormy, at whatever speed she chose. 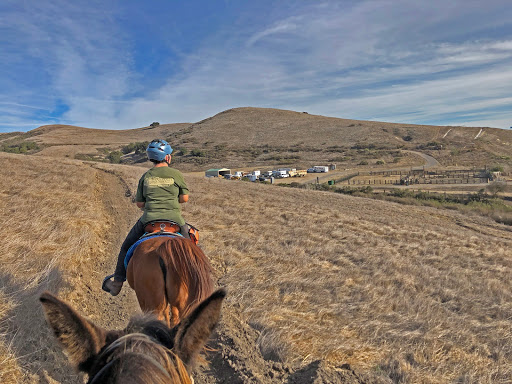 Stormy is a docent here, and she and her Arabian Pico are frequent visitors and love to guide others around. 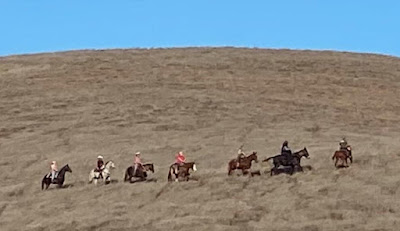 And off we went, the lucky seven, off to see the landscape that has stayed the same, with the exception of some grazing cows, forever. 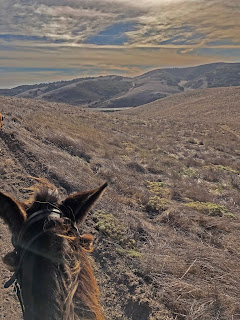 Looking over toward the freeway as we climbed up into the hills, interesting to muse on the stark contrast between the rush and hustle of the modern world on one side and the stillness of uncultivated sere grass landscape...

The day had begun in the most modern of ways... 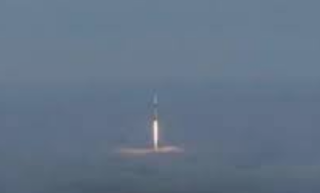 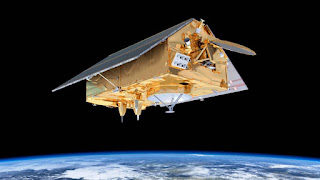 and before we left Santa Barbara I gathered with some of my neighbors to ooh and ah as we saw the rocket lift off like a giant match flame piercing the sky. Then when the first stage disconnected and fell back to Earth we heard a series of sonic booms, like distant fireworks, culminating in a huge BOOM. 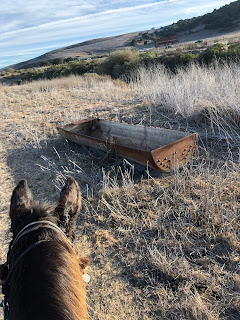 Later when I saw this mysterious object on the trail I couldn't help but imagine that it was space junk, fallen back to Earth, rusting away. It was actually very close in size to the extremely expensive object hoisted aloft this morning. 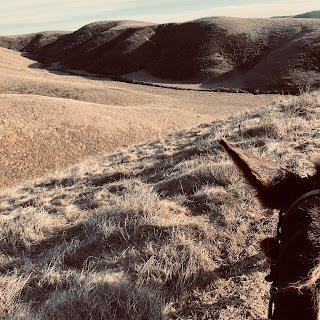 Up and around and through we went. 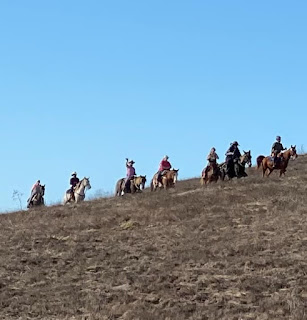 A lot of climbing, and descending. 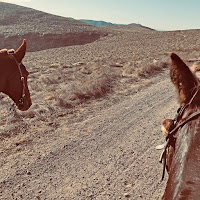 Thankfully TobeMule does all the work, and I get to come along for the ride.


One thing that makes it nice for him is that he gets to see old friends. 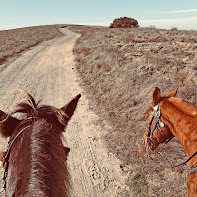 On  this ride he liked riding alongside JohnBoyMule, here on his left, and the gleaming redhead Pico Arabian here on his right. 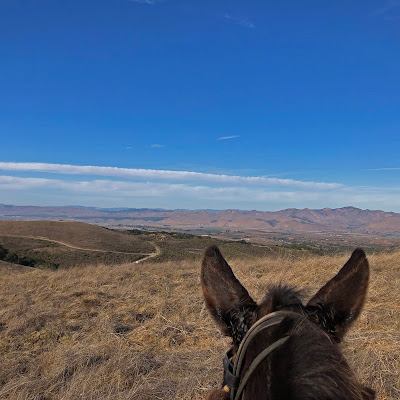 Looking East there is a beautiful agricultural valley, and distant hills stretching out to Central California. 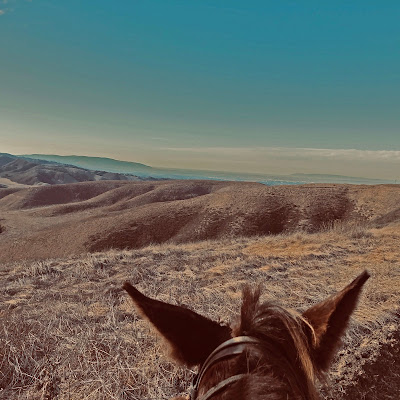 And looking West from the highest vantage points we could see the Pacific Ocean, with Grover Beach and the Pismo Dunes. 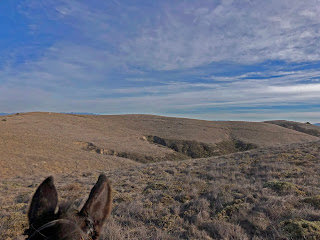 Then it was time to turn back and head for the staging area. The trails circle around many geologic curiosities. 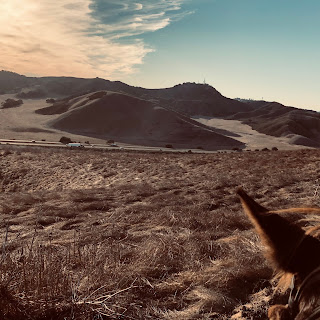 Across the highway the rumpled landforms showed a continuation of these hills, 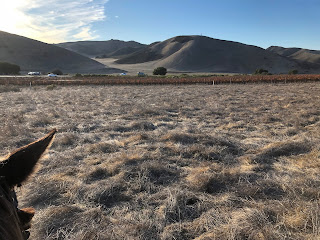 while on this side a dried up vineyard was stark testimony to a dream deferred.

But we are only here for a moment, to stroll, to sightsee, to take a break from the politics and pandemic and perturbations of the metropolis. 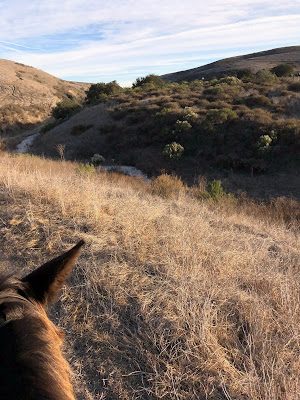 Soon enough we will head back to the real world. 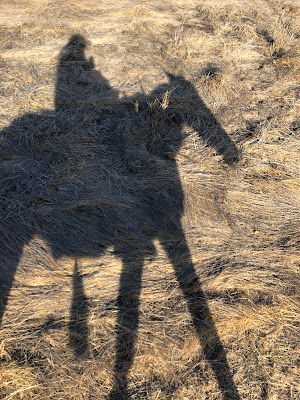 "Me And My Shadow"

Let all the others fight and fuss
Whatever happens, we've got us.